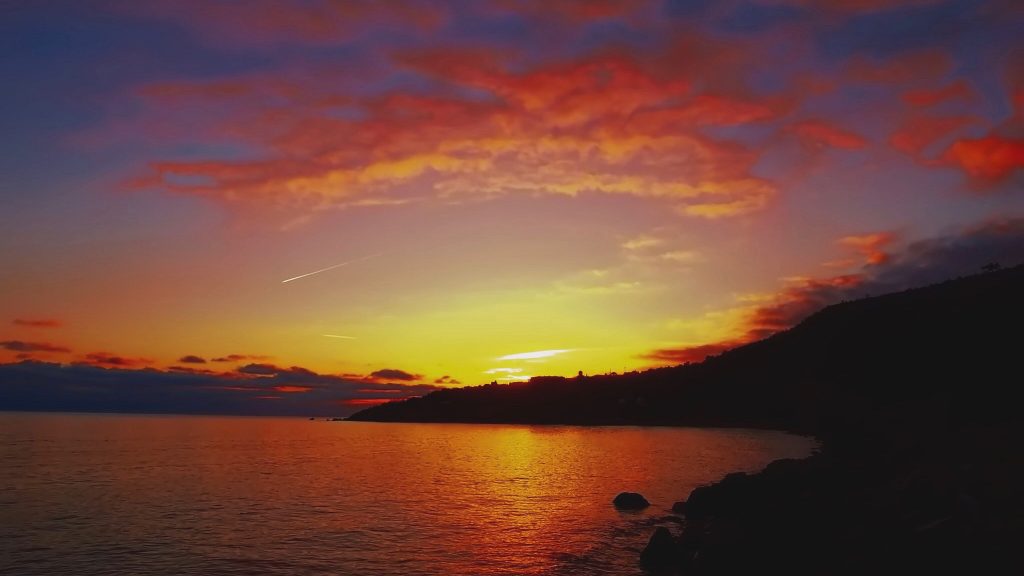 For those of us in the northern hemisphere, the autumn equinox is over and our descent into darkness has began, which heralds some of our most mythical celebrations. Halloween, bonfire night, and then Christmas, when our ascent back into the light begins, just after the winter solstice.

Obviously, we know now that our descent into darkness is the result of the tilt of the earth as it orbits the sun. But in antiquity, when everyone on earth believed the world was flat and that the sun orbited the earth, this time of year was literally a matter of life or death. As it got colder and darker they didn't know if they'd survive the winter or indeed if the sun would rise again, as they watched its arc get progressively lower and lower across the horizon. So they made up stories to try to explain and give meaning to what was happening. These stories have become the myths and celebrations that we take for granted now as part of our autumn and winter calendar. Unfortunately, so much of the meaning has been stripped from these mythical celebrations by mass commercialism and consumerism.

Anyone who knows me will tell you how much I love the subject of myth and how much I love bringing myth back into our lives. Myth doesn't just add meaning to our lives, it adds depth and richness. It connects us with the love and magic that’s within us and around us. The celebrations that await us are a wonderful opportunity to bring back myth into our lives and to start living mythically. Starting of course with Halloween.

If there's one mythical celebration that's suffered the most at the hands of mass commercialism and consumerism, it has to be Halloween. It has become all about dressing up in cheap polyester costumes, horror movies and sugary treats. I found out this week that a quarter of all candy sold annually in America is purchased at Halloween. It's origins however are anything but these things.

Halloween was originally an ancient Celtic festival, called Samhain. It was a celebration of the end of the harvest and summer and the beginning of winter. It was also a time when people honoured their ancestors and when they believed the veil between the two worlds of life and death was at it's thinnest. Consequently, beings from other dimensions could easily pass into this one. This is where the tradition of dressing up as a ghost came from. People would dress up as the dead so the real ghosts would think they are one of their own. Samhain also gave rise to All Saints Day and The Day of the Dead, which are traditions celebrated around the world to honour the lives of loved ones who have died.

So you can see the true essence of Halloween has a lot of substance and depth. I have a particular love for Halloween because it is so mythical. I particularly love the idea that there is a veil between this world and other mythical dimensions. Not because I like the idea of being haunted by the dead, mind you. But more because I love the premise that underlies the concept of a veil between worlds. I believe that on one side of the veil exists the rational and real world and on the other side of the veil exists the mythical and magical world. Not only that, an aspect of ourselves lives in each world. We each have a rational self and a mythical self. Our rational self lives from our thoughts and feelings and is dedicated to survival. While our mythical self lives from our imagination and intuition and is dedicated to transforming our life into a magical masterpiece.

Most of us aren’t aware of our mythical self, that’s because our thoughts and feelings keep us stuck in the rational world and convince us that this is the only world that exists, because it’s the only world we can experience with our five senses. Paradoxically, it’s our thoughts and feelings that create the veil that separates us from the mythical world. I called the rational world the real world, but really it’s a world we only perceive to be real, in reality it’s just an illusion. Our mythical self is our true self, and our job is to part the veil so our mythical self can step into and inhabit our rational world, and then transform it into a magical paradise with our imagination and intuition. However, while ever the veil is closed, our mythical self lies dormant in the other world, as if dead, and we never get to experience how truly powerful and magical we really are.

When you do part the veil, you will resurrect your true self and at the same time become aware of the things that are most precious to you. Then, instead of focusing on how to solve your problems or how to survive successfully, you will use your imagination and intuition to magically and effortlessly bring what you love to life.

This is why Halloween is such a wonderful celebration, there’s no better time to bring your mythical self to life and start creating what you love, than when the veil between the two worlds is at it’s thinnest.

This is what Joanna and I did just under twelve years ago. It was Halloween 2004 and I was leading a sweat lodge as a completion ceremony at the end of The Transformation. Because it was Halloween, I opened the ceremony by honouring the ancestors of the land. We were in Australia at the time and as I did, Eric who owned the land, spoke out in the darkness of the lodge to acknowledge that it is also Beltane in the southern hemisphere, which is a pagan festival that celebrates new life. In that exact moment I could feel an energy enter my body through my crown chakra and I knew intuitively it was the spirit of my son. The power of him was palpable. I honoured his presence and Joanna shared that she could feel his essence in the lodge as well. We went home later that night to our home in the rainforest and we were compelled to make love, knowing that we were conceiving our son.

We knew we’d created our own immaculate conception that night. It was incredibly magical and mythical. We then proceeded to completely forget about it, until Joanna realised she was pregnant about five weeks later. We were both over the moon that we were going to have a child and we knew that we brought him to life on Halloween.

At twenty weeks we went to a doctors surgery in Byron Bay to have a scan. We could see our beautiful baby alive and well on the monitor, and the radiologist asked us if we would like to know the sex of the baby. We both promptly replied that you don’t have to tell us because we already know it’s a boy. Our certainty rocked her somewhat, because of course it was a boy. Then she asked if we would like to know the approximate date of his conception. She almost fell over when we both said very confidently that we knew it was 31st October. Which indeed it was. The scan was a wonderful confirmation and reminder of the magic we experienced and created on Halloween.

The magic didn’t stop there, not long after Atlas’s second birthday we moved from Australia to England and soon after adjusting to living in the northern hemisphere, he mysteriously started to love Halloween as much as his birthday and more than Christmas, and “A Nightmare Before Christmas” became his favourite movie. When he got a dog for his sixth birthday he of course had to call him Jack, after Jack the Pumpkin King.

Consequently, Halloween has become very special to us. As a family we pour as much love into celebrating Halloween as we do Christmas and Atlas’s birthday. Every Halloween is an opportunity to bring more myth into our life, and a time to honour our own mythical world by celebrating Atlas’s Creation Day. Every year Joanna and I get to reflect and reminisce on Halloween 2004 when the veil between the two worlds was thinnest and we magically brought our greatest creation to life.

The opportunity to create what we love magically is there for everyone. Personally, I believe it’s our destiny to awaken our mythical self and create our own heaven on earth. You’ll be happy to know that it’s surprisingly easy to part the veil. All you have to do is develop a relationship with your imagination and intuition. If the veil is a door, then your imagination and intuition are the keys that open it.

The first step is to acknowledge your thoughts and feelings, when you do you’re also acknowledging that you’re in the rational world. This is a vital first step because most people react to their thoughts and feelings, rather than acknowledge them, because they think they’re real. When they do, they just steep themselves further into their rational world and distance themselves from their mythical world. When you acknowledge your thoughts and feelings you take the power out of them and you take the power out of your rational world at the same time. The next step is to choose to go into innocence. Doing this parts the veil and connects you to your imagination and opens the door to your intuition. Now you’re in your mythical world and you can start intuitively receiving what you love and start resurrecting your mythical self.

Being able to step into your mythical world is an art form, and like any art form it requires the understanding of it’s underlying principles and ongoing practice to master it. It also requires a willingness to make mistakes, a love for learning, and a spirit of curiosity.

One of the key principles underpinning any mythical celebration is the premise that everything is made up. If you explore how Halloween evolved from it’s origins to what it has become today, you’ll see that it has been consistently made up. This means that you can make up and create it to be whatever you love, rather than just buying into the veneer of what it has become. This applies to all celebrations and anything else you would love to create in your life.

Knowing you’re free to make up whatever you love will give your life depth and richness, and it will steep you into you own personal myth.

Enjoy your descent into darkness as the earth propels us through space around the sun in the final months of the year. And enjoy creating and indulging in the mythical celebrations that await you. The love and magic you’ll create will astound you.